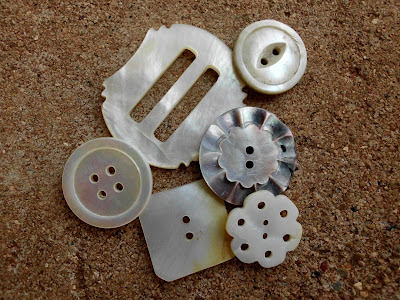 I have to take them home!
How about you? 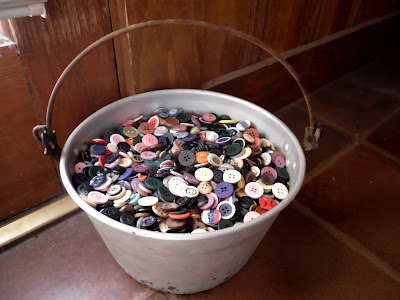 I never throw any buttons away...............on old clothing I always snip them off and drop them into my various containers.
Where do you store your buttons? 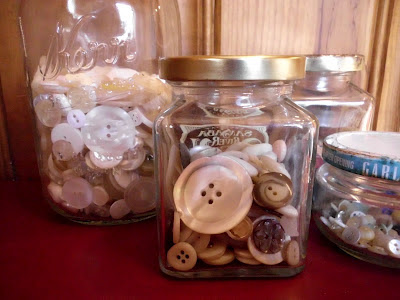 The mother of pearl buttons, I usually store in old odd shaped jars or bottles........... 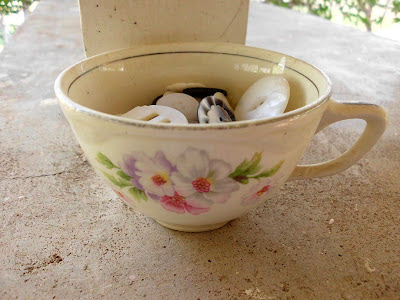 but for my designing space,  I love to put a few into some of my favorite vintage teacups. 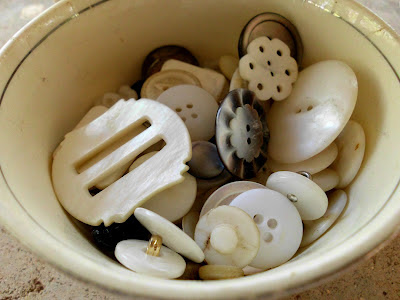 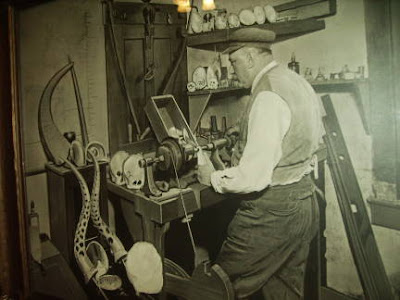 John Fredrick Beopple, an immigrant from Otlensen, Germany and farm laborer in Columbus Junction in the late 19th century is credited with beginning the pearl button industry in Muscatine, Iowa.
This is him in the photo above, cutting buttons.

While in Germany, Beopple made buttons from animal horns, but also experimented using fresh-water mussel shells.William Molis, superintendent of the water works, loaned Beopple $15 to move his hand made button cutting machine to Muscatine.
Muscatine is located at a bend in the Mississippi River where great amounts of clams grew.

On January 26, 1891, Beopple partnered with Molis and formed Beopple Pearl Button Company.
In 1898 Nicholas, Patrick and Thomas Barry boosted the industry into a modern commercial enterprise by developing automatic saws and drills.
Barry automation caused the pearl button industry in Muscatine to increase so at its peak from 1913-1919 one third of the entire population of Muscatine was employed in some aspect of making pearl buttons.Beopple later served as a shell expert at the Biological Station at Fairport, Iowaa few miles from Muscatine, in studying mussel shells of the Mississippi River.
During the preparation of the Dingley Tariff Bill,  Beopple was called as a pearl button authority to Washington DC.
Beopple died January 30, 1972

How about you? Do you love to collect old buttons? Is mother of pearl your favorite..........or do you have some other one you like the best?
I would love to hear!﻿

With best wishes for best stitches Yesteryear Embroideries at 9:00 AM

Beautiful buttons , thank you for the history of Pearl buttons. I love buttons and have an old round tin I have had for years with various buttons, some old and some new. When my FIL passed away I rescued a bag of buttons from the attic. They were all so dirty I had to wash them before I could even handle them. Unfortunately, I haven't looked at them in years, I should get them out. A few years ago I made simple button necklaces but I purchased the buttons, supposedly mother of pearl, but I don't know.

How interesting!! I keep my buttons in and old sealer...that I have just packed away...since we are moving for and will have things in storage for a bit... Can't wait to get settled and use a number of difference containers for my buttons. You have inspired me!

Interesting Information.
I also collect buttons, as my mom did. I have long stories about buttons I have collected. I have them stored in jars, tins and plastic tubs and anywhere they happen to land ~lol~

You have quite a huge collection.
xx, Carol

What a history of the mother pearl'buttons!
Your lovely post reminded me about even a small thing such a pearl button may bring a great story! In order to understand what's backside, the key element is being aware or awareness only!

Thank you for sharing!
Greetings

I love buttons, this was a wonderful post. I have some stored in clear milk bottles, and once in awile find one in one of my old tins. I read somewhere on a blog not to store in airtight containers, supposedly it causes them to deteriorate. Not sure but I air mine out now.

I love this post. I store my buttons in aqua and clear Mason jars. May I have your permission to copy parts of this info for a post on my blog?

i JUST LOVE BUTTONS...i JUST PURCHASED SOME OLD BLUE ONES WAITING FOR THEM TO COME IN THE MAIL...i LOVE LOVE YOUR MOTHER OF PEARL ONES...i HAD A WHOLE NICE BOX FEW YEARS BACK OF OLD BUTTONS AND THE BELT AND SHOE PIECES MY DAD ACCIDENTALLY TOOK THEM TO THE FLEA MARKET WHEN HE WASN'T SUPPOSE TO AND SOMEONE STOLE THEM...i WAS SO SAD BECAUSE I HAD COLLECTED THEM FOR YEARS...NICE POST...HAVE A BLESSED EVENING WITH LOVE JANICE

I love buttons too and recently inherited my mothers 50 year button collection which she kept in an old tin. Mine are all in glass jars now in my sewing room which I did a post on awhile back. My favourite are the white, cream and mother of pearl ones. They look lovely all together in one jar. Thanks for sharing a bit of history about them. Very interesting reading.


Love old buttons,such a wonderful
post, Enjoy the History of old
vintage items..I also collect
buttons, Like how you have yours
all displayed..I have buttons that
my mother put on our coats she made for us girls as kids...Always
wanted to display them some how
You have inspired me now...:-)

Very interesting information about pearl buttons. Isn't it a shame that everything has to be made from plastic these days? In the past, people used what was available to them from nature. Now everything is synthetic. You do have a lovely collection. I save any kinda button I come across. Always nice to use them as accents in crafting. Wishing you a wonderful day. Tammy

I have (or should I say HAD) a nice button collection. But when my granddaughters found them, they LOVED playing with them. I wanted them to have good memories of playing with the buttons, so I never told them they couldn't. Well, little by little the button collection has dwindled and now and then I find one under a table or dresser or in their toy box or I hear it being sucked up in the vacuum cleaner...:/ But yes, I do love buttons and I love pearl buttons. I love the history that you gave. Even though I love buttons, I never really thought about where they came from. VERY INTERESTING! I think I'll be a little more careful now with my buttons.
Wonderful post!
Brenda

Wow, that's amazing. I never knew the history. I do collect my buttons, just have them in an old mason jar. That reminds me, I have a shirt my husband put down in my sewing room about a month ago for a button. Ooops. Well sometimes those little things are easy to forget, right?
Julie

What a fascinating history of the pearl buttons! I'm so glad you shared this! 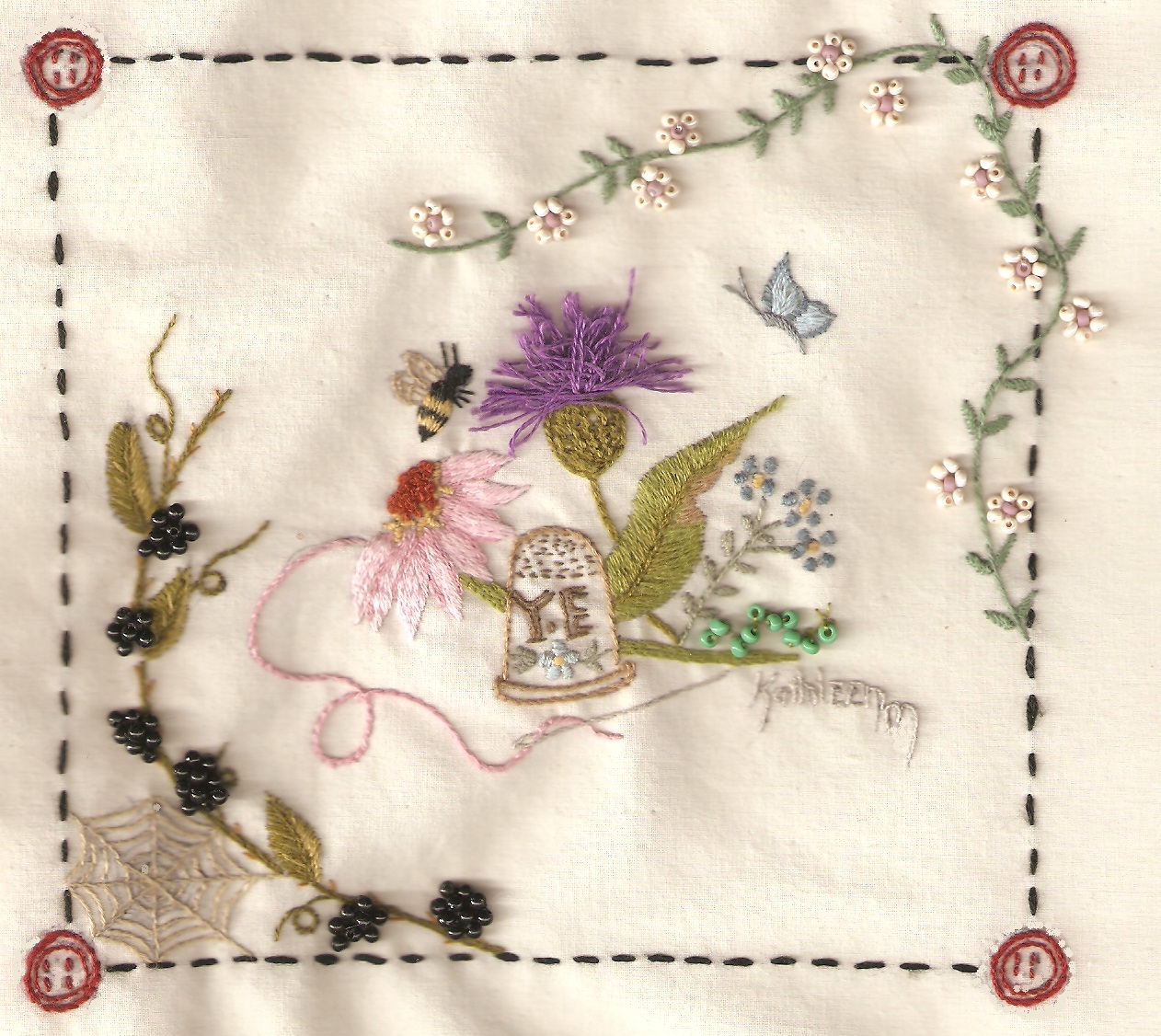 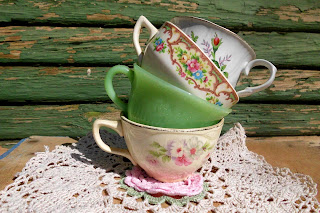 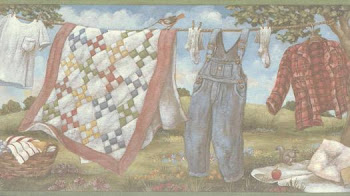 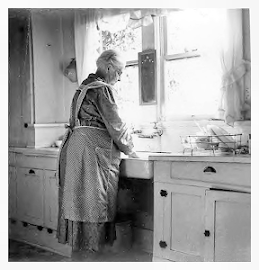 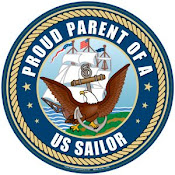 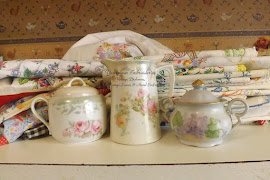